Steve Jobs did it in 1972. Bill Gates did it in 1974. More recently, so did Mark Zuckerberg and Jack Dorsey. I’m not talking about some illicit drug in vogue with the Silicon Valley elite (well, except for Jobs) – I’m talking about dropping out of college.

In recent years, dropping out to pursue a tech startup has become the new American Dream. With films like The Social Network, even mainstream Hollywood has bought into the mystique, painting romantic notions of bucking traditional education to change the world, all while making billions. Perhaps the most controversial manifestation of this trend is legendary entrepreneur and VC Peter Thiel’s Thiel Fellowship, formerly known as the “20 under 20”. This fellowship offers $100k each year to students under 20 on the condition that they drop out of school to pursue an idea. In the CNBC documentary trailer about the “20 under 20”, Sean Parker of Napster fame gives his take: “If your goal is to become an entrepreneur, it would seem that college has become a very bad place to do that” (watch the actual highlight here).

Well, I’m here to say *don’t* do it – do NOT drop out of school. Let’s start with some numbers.

It’s pretty easy to come up with success stories, but what proportion of the whole do they actually make up? If we use wealth as a measure of success, Forbes’ January 2012 edition reveals that about 85% of America’s 400 Richest People (shown left) do, in fact, have a college degree. The top 400 is already an elite minority, and only an even smaller minority decided to forego traditional education.

“But that’s the old guard,” you say. “We’re the new generation with new, innovative ways of doing things”. If you go younger, the trend is the same. I looked through this year’s Forbes 30 under 30 in the Tech category and an overwhelming 92.5% stuck to school. Even in a fuzzy category like Art & Style, 87% had undergraduate degrees or better. You can see my compiled results here.

But what if you don’t buy this numerical argument? Innovation is about going against the odds and taking risks, after all. I still argue, though, that we need a foundation to build from, and that foundation is school.

From a practical perspective, a tech startup needs a sufficient pool of technical skills in software, hardware, the sciences, or even finance. This is especially true for the technical founder, who on top of writing code will need to architect designs, allocate resources, and otherwise set the tone for the entire engineering team as the company grows1. More often than not, this level of skill is fostered in some sort of formal education.

But why do you need college to develop these skills? There’s an old saying that sums up my view: “You don’t know what you don’t know”. To throw in some personal experience, I started out my programming career, like many others, by learning by doing. Through trial and error and the occasional book, I freelanced enough websites and apps that I almost considered myself a proficient developer. It wasn’t until I took courses in formal principles like design patterns, programming paradigms, or architecture that I realized how much I didn’t know. It wasn’t until I worked on team projects that I realized how many practical project management skills I didn’t have. At the time, I “didn’t know what I didn’t know”. In hindsight, embarking on my own startup before building a skills foundation would have been disastrous. As another example, James Proud, the first of the aforementioned “20 under 20” fellows to have sold his company, actually remarks in the New York Times that “he knows he is missing out on the deep computer science knowledge that he could learn in college”.

And even if you don’t actually have to go to college to learn the things I described above, a college degree provides a baseline measurement for both yourself and others to calibrate against.

Say you’re presiding over a loved one in critical condition after an accident. Suddenly a man pushes through the crowd and declares he is going to do emergency surgery. “Are you a doctor?” you ask. I’m pretty sure “No, I’m self-taught,” wouldn’t be your preferred reply.

That was a contrived example, but there are legitimate cases where a college degree serves as a proxy for qualifications: when you’re looking through resumes, when an investor is deciding whether to make a bet on your team. Like all proxies, it’s not perfect, but in a world with finite resources, it’s an unavoidable shortcut.

In addition to technical skills, college also teaches the life skills needed to succeed. Don’t worry – I’m not getting philosophical on you. As an engineer, I find unquantifiable “life skills” like “networking” a bit hokey. But as long as we’re talking about networking, where do you think most startups hire from? Or find their cofounders?

I met my co-founder Neil Joglekar in the dorms playing poker. After we were able to take each other’s money without wanting to kill each other (mostly), I knew we could get along as friends. And after working on class projects together, I knew we could function as a team. The same advice is reiterated on Hacker News time and time again: college is one of the best resources for starting your company and career. The population at large agrees – according to Forbes and Pew Research Center, 74% of respondents say college helped them grow intellectually, 69% say it helped them mature as a person, and 55% say it helped them prepare for a job or career.

But even if you believe the best school is the school of hard knocks, college as a skills proxy applies to life skills as well. For the outside observer, the fact that you completed college shows you can finish what you start.

For example, one of the biggest lessons I’ve learned as a founder is to persevere through the inevitable low points. Paul Graham calls this getting through the Trough of Sorrow. Seth Godin calls it getting past “The Dip” in the eponymous The Dip: A Little Book That Teaches You When to Quit. However you want to describe it, there will come a time that will test you and your team’s conviction. You’ll have to scrap your shiny new interface after usability testing reveals it’s not so shiny after all and start over from scratch. You’ll pour countless hours into creating single-use, throwaway presentations. And before you’ve actually performed these trials by fire, your past accomplishments are the only pseudo-guarantee your investors, co-founder, and team have that you won’t cut and run as soon as the next shiny thing comes along. For those of you deciding whether to drop out of school, your main accomplishment probably *is* school.

In closing, hopefully I’ve made the case for NOT dropping out of school to pursue a startup.  I’d love to hear your perspective on the topic – please don’t hesitate to leave a comment below or contact me at yang.christian [at] gmail [dot] com. In the immortal words of Arthur Fonzarelli (am I showing my age?): “Staying in school… is cool.”

11 thoughts on “DON’T Drop Out to Do a Startup” 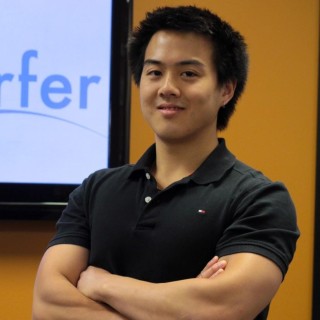